The Blue Ninja and the Bearded Hero

The Blue Ninja and the Bearded Hero

Ever wondered how we got our nicknames?

This is 100% a true story.
.
They were given to us by our clients and most importantly, the two stories define exactly what we’re about.
.
You see, life is all about stories. Like a wedding day, we’re there to capture the story of your day and tell that story in a way that you love.
.
While being on this amazing journey, Shazia and I have had the privilege of working with some amazing couples but not only that, we’ve both made some amazing friends along the way.
.
That’s because we have the best couples who book with us and the reason for that is because we attract couples who are just like us. We attract people who are:
.
Okay, maybe not everyone of our couples like cheese but it certainly makes for a great final consultation when they do.
.

So, why is Shazia the Blue Ninja? It seems obvious when I say it but it’s simply because she’s got blue hair and you’ll barely see her (as you can see if the photograph above).
.
There’s nothing more to it than that..
.
The number of our couples who say they barely feel like they’ve seen Shazia all day is crazy.
.
It’s not a negative either.
.
If the idea is to have a photographer who:
.
That’s what our couples are saying. They have everything captured while being left to enjoy themselves.
.
It’s fantastic for them.
.
I even I had one of our grooms last year who thought Shazia had gone home after the meal when he hadn’t seen her. It wasn’t until she came to say “bye” to him at the end of the night that he realised she hadn’t.
.
In true ninja fashion…
Shazia’s everywhere, but nowhere.
.

So what about the Bearded Hero?? 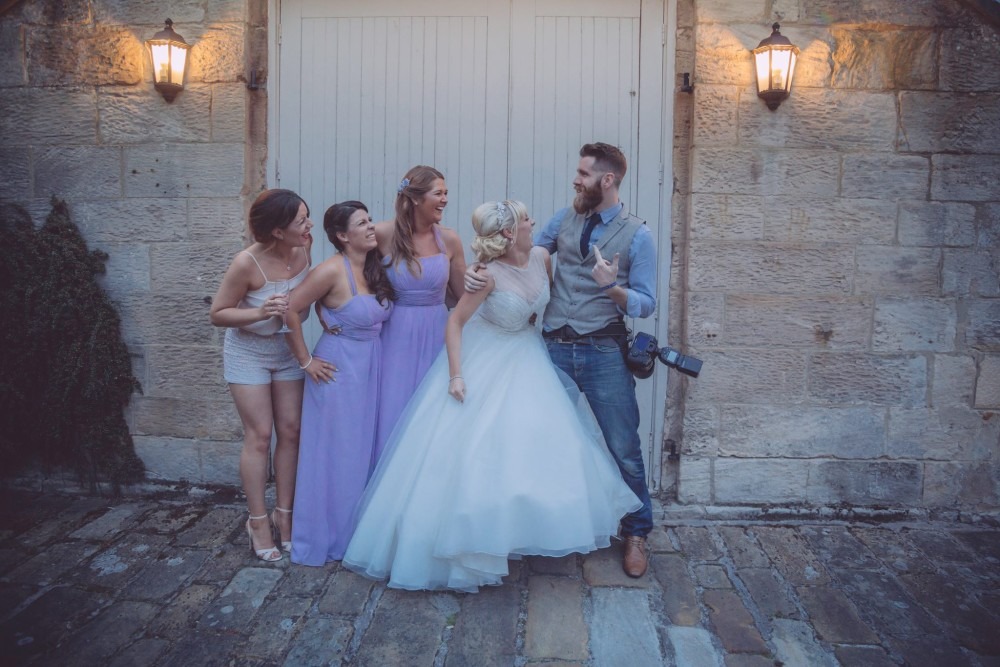 So this story has significantly more importance to it, both from my side and from the bride’s side too.
.
It goes back to Friday 14th April 2017.
.
It was good Friday and Shazia and I were having our engagement do in Newcastle on the night. Dozens of friends and family came and we all had a blast.
.
We had an awesome band, giants pizzas and a custom cocktail list.
.
The last time I saw Shazia was approximately 7pm. When i saw her again at 11pm she was mortal drunk after being plied with cocktails all night.
.
We’d booked a night at the Hotel Du Vin in Newcastle as a treat. After the party was over, we headed back to the hotel clutching onto what was left of a giant pizza, some potato wedges and all the gifts we’d manage to keep hold of.
.
Classy I know.
.
We even shared some pizza and wedges with the West Ham football team who were staying there.
.

Anyway, CUT TO the following morning… 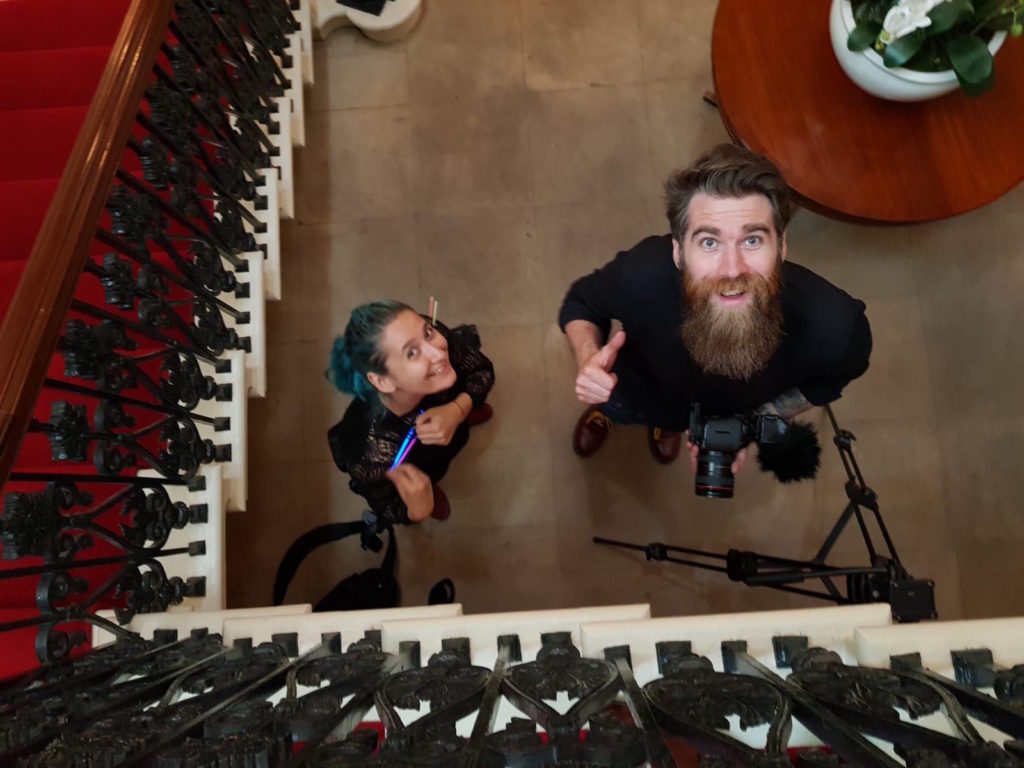 It was 08:30 and my phone started ringing.
.
It was a friend of mine who was a makeup artist. She never normally rings unless it’s business so I thought it best to answer.
.
She proceeded to tell me that she was at a brides house doing hair and makeup and the photographer had just phoned up and cancelled on them… an hour before they were due to arrive.
.
The photographer said they were ill and said they’d refund the brides money straight away.
.
Unfortunately, there was no offer to send a substitute in their place and there was no solution offered.
.
The bride was left with no photographer three hours before she was due to be married.
.
Oh, and she was seven months pregnant too.
.
So the dilemma I faced was this…
.
It was going to be my only morning after my engagement do ever. I wouldn’t get that day back.
.
I was tired and had planned for a nice relaxing day to recover. This was the last thing I expected.
.
BUT…
.
I couldn’t leave a wedding in distress, so without question we packed up, I headed home to grab my gear and went off to shoot their wedding.
.
Needless to say, I was the hero that day. All the guests made a point of coming up to me and thanking me for coming.
.
Not only that I was there or that I was able to save the day from being spoilt but also the fact that it was our own engagement do the night before.
.
They understood the significance and as you can see from the image below, it meant a lot to them.
. 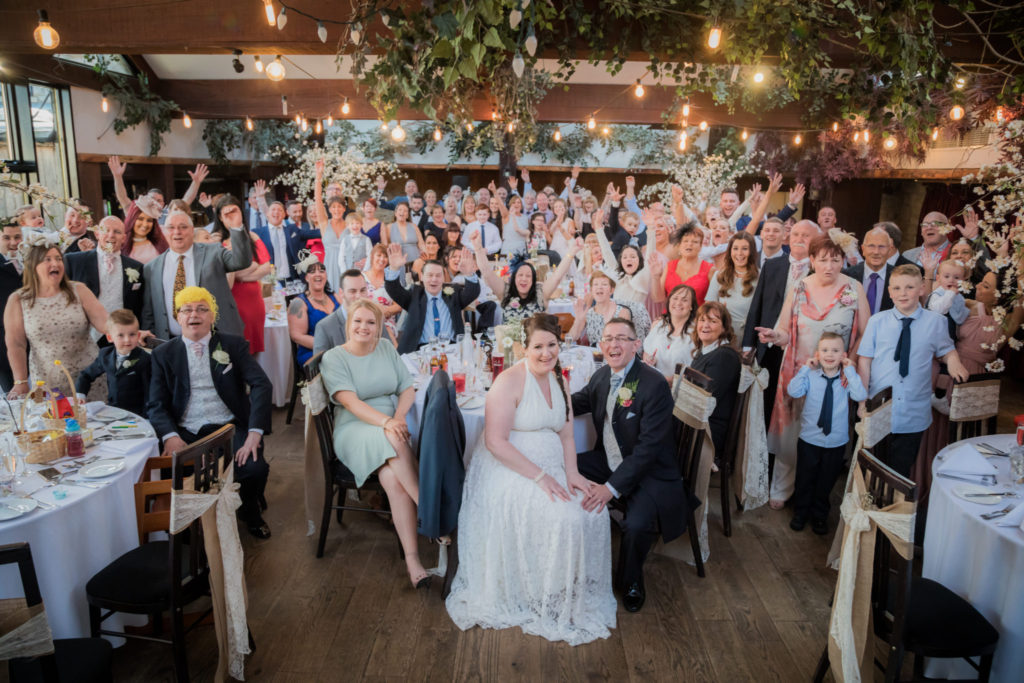 You see, we genuinely care about what we do.
.
We don’t just care about our couples, we care about every couple.
.
We couldn’t let their day be ruined and no matter what it meant to us, there was never any question that we would be there.
.
It’s not the first time we’d heard stories of photographers cancelling, but it was the first we’d been directly involved.
.
You may wonder where your money goes when booking a photographer and I can only speak for ourselves when I say that one of the places it goes is on reliability.
.
We prioritised customer service as highly as we do the photography itself.
.
We didn’t win our customer service award by accident, but that’s another story for another time.
.
For now, i’ll just leave you with some food for thought.
.
When it comes to all things in life, you get what you pay for.
.
If you pay cheap you pay twice, but with weddings there are no second chances.
.
It’s no coincidence that we’re booked to capacity every year and that the majority of our bookings come from word of mouth.
.
We’re not just there to take photographs. We’re there to make your lives easier, play a part in your day and if needed, save your day from problems.
.
https://chocolate-chip.co.uk/weddings/
.
Have a fab week,
Chris (and Shazia)
.
.
« Best of 2018: Couples’ Choices
Mark and Anna’s Totally Unique Wedding Movie »
Scroll

You can find out more about which cookies we are using or switch them off in settings.

This website uses cookies so that we can provide you with the best user experience possible. Cookie information is stored in your browser and performs functions such as recognising you when you return to our website and helping our team to understand which sections of the website you find most interesting and useful.

Strictly necessary cookies should be enabled at all times so that we can save your preferences for cookie settings.

This website uses Google Analytics and Facebook Pixel to collect anonymous information such as the number of visitors to the site, and the most popular pages.

Please enable Strictly Necessary Cookies first so that we can save your preferences!